There are no items in your cart. 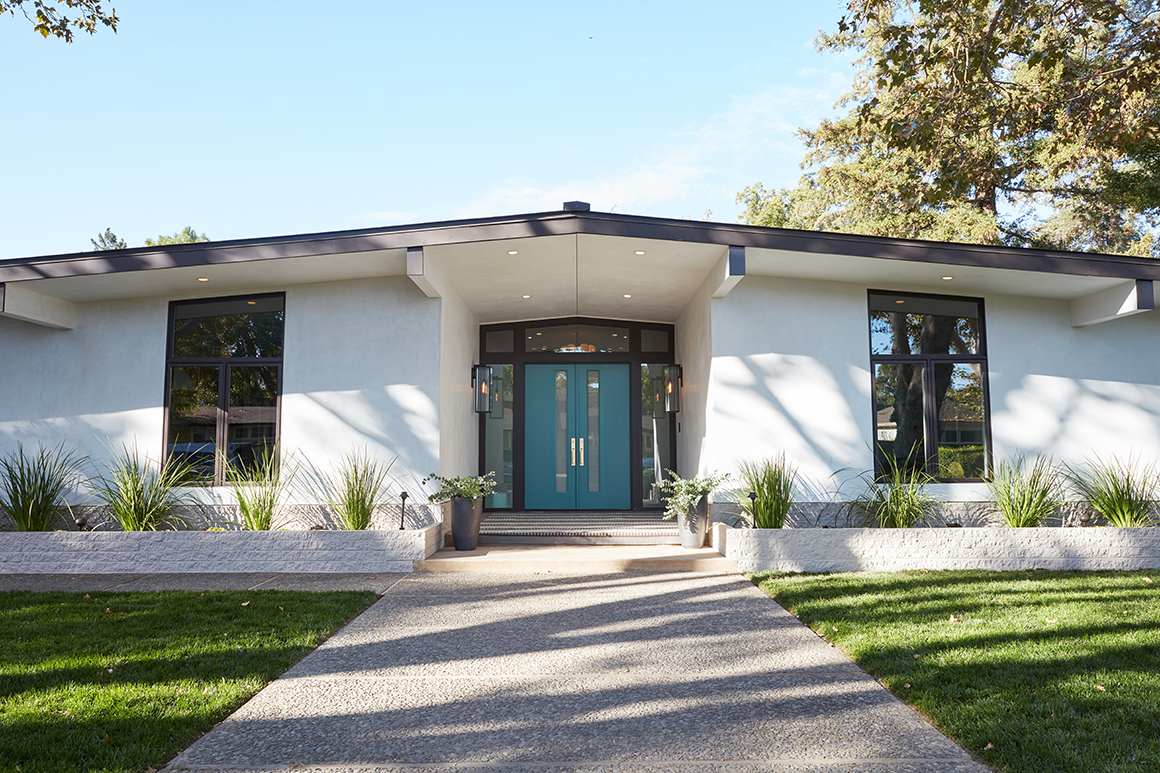 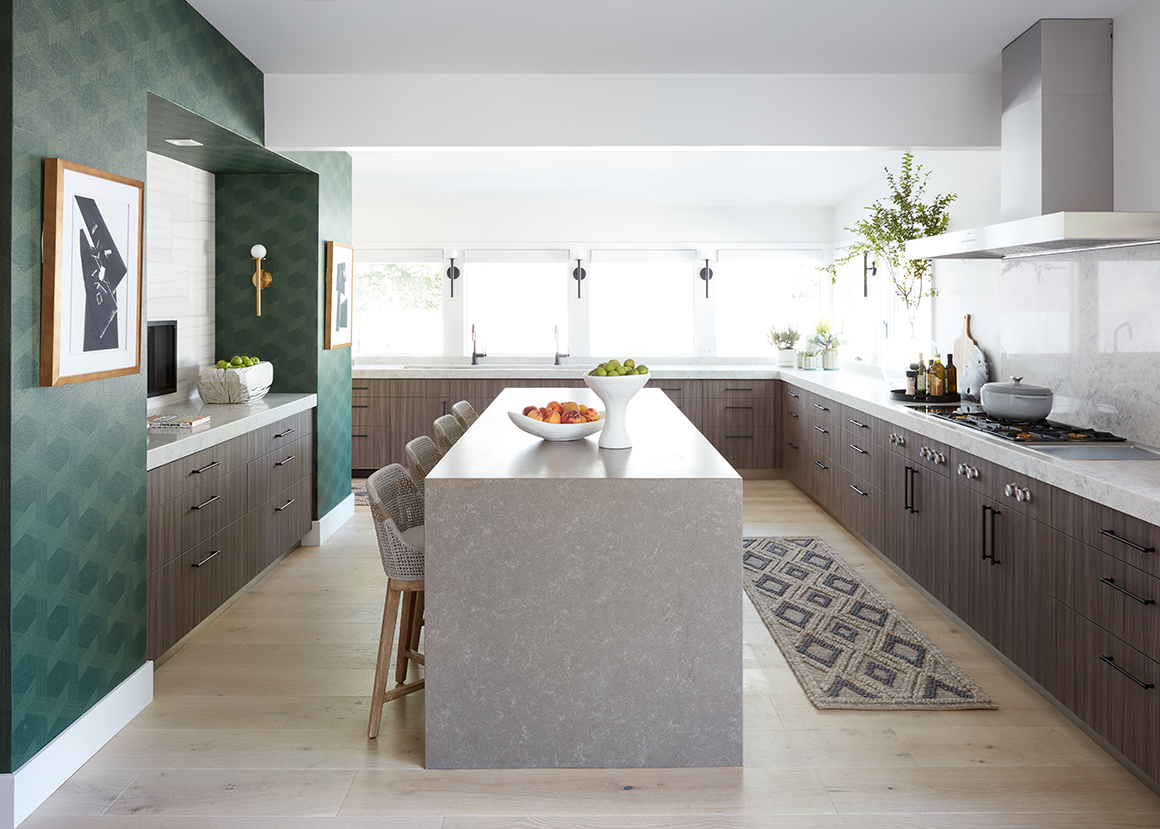 Kennedy said, "Friends, you know that I love kitchen design. It's challenging but oh-so-rewarding and affects our clients' lives on a personal level, all day long. So when it came time for the space that I would design in the Central Valley Show House, I assigned myself the kitchen!⁠" 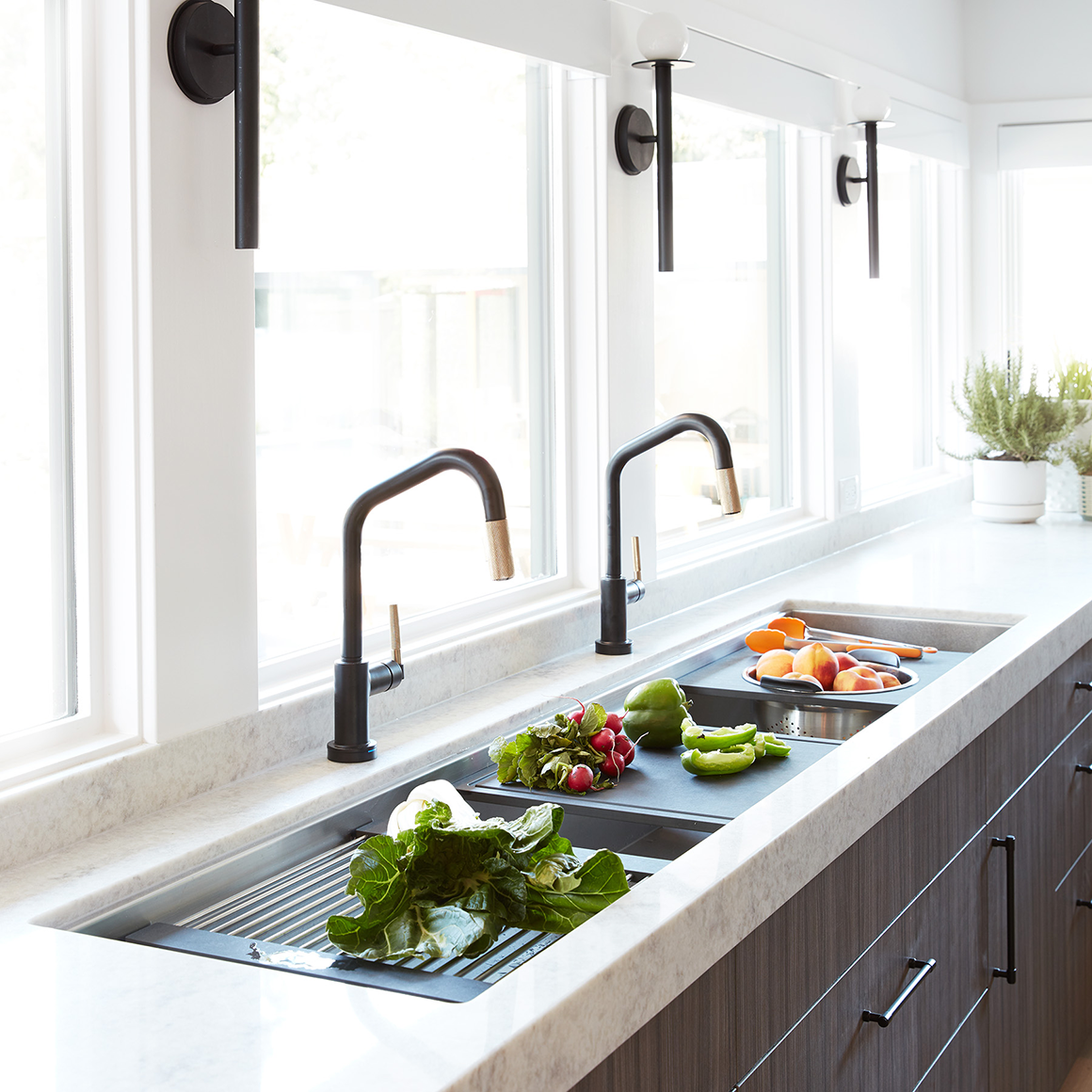 Kennedy said, "In a kitchen like this, no ordinary sink will do. This 84" long ideal workstation elevates the ordinary. Yes, friends, this sink is seven feet long!" 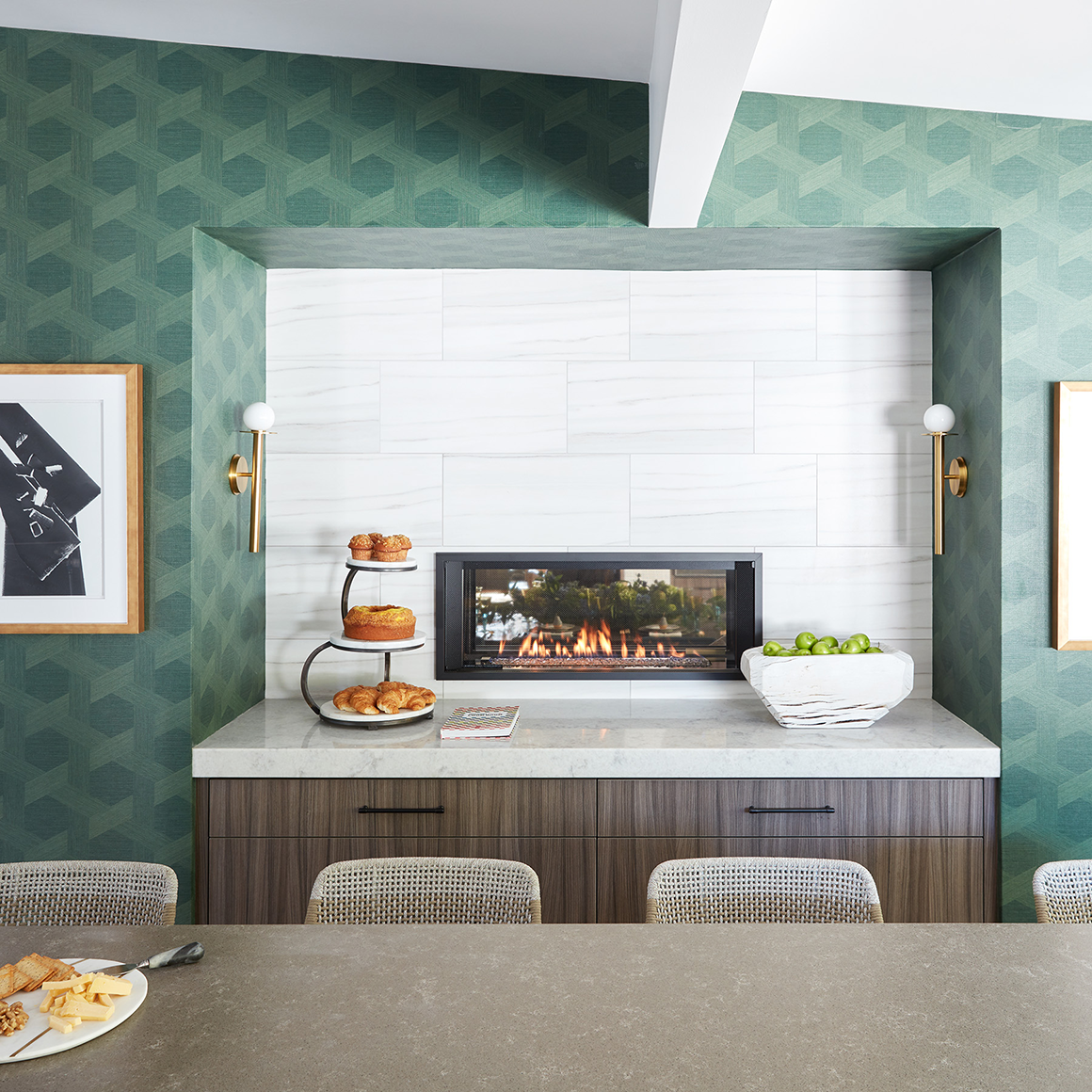 "The kitchen is anchored by a see-through fireplace with views to the dining room. We raised the fireplace "up" to create additional storage and a useful countertop for entertaining. Pastries in the morning or wine + cheese in the evening, this space is easily accessible for family or guests sitting at the island while keeping them out of the chef's work zone," said Christopher Kennedy. 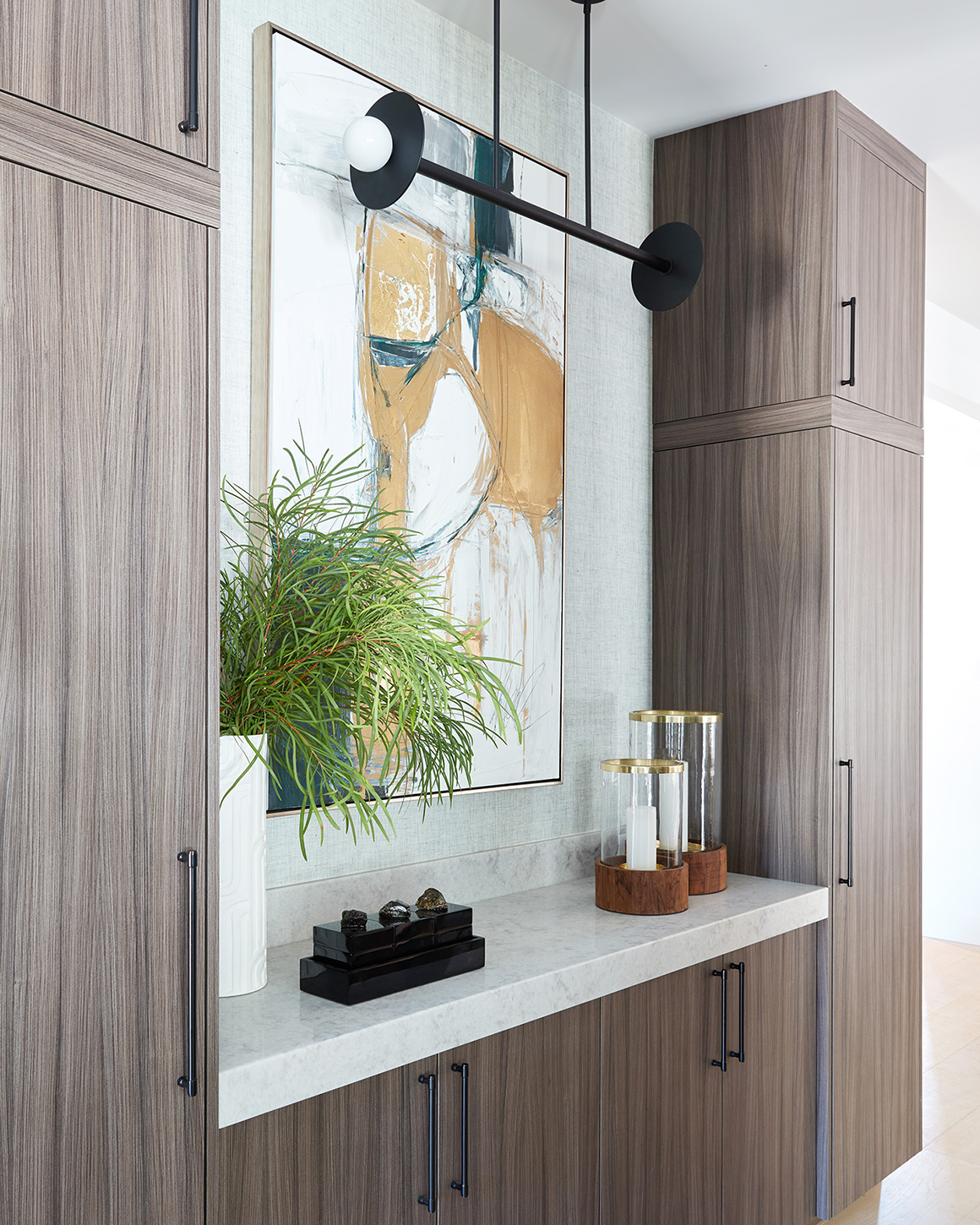 "Across from the wall ovens is a chic "landing station" for hot items, flanked by the kitchen's pantries," explained Kennedy. "Glazed linen wallpaper in a soft green serves as a backdrop for the original artwork. The Kelly Wearstler light fixture adds a chic punctuation mark." 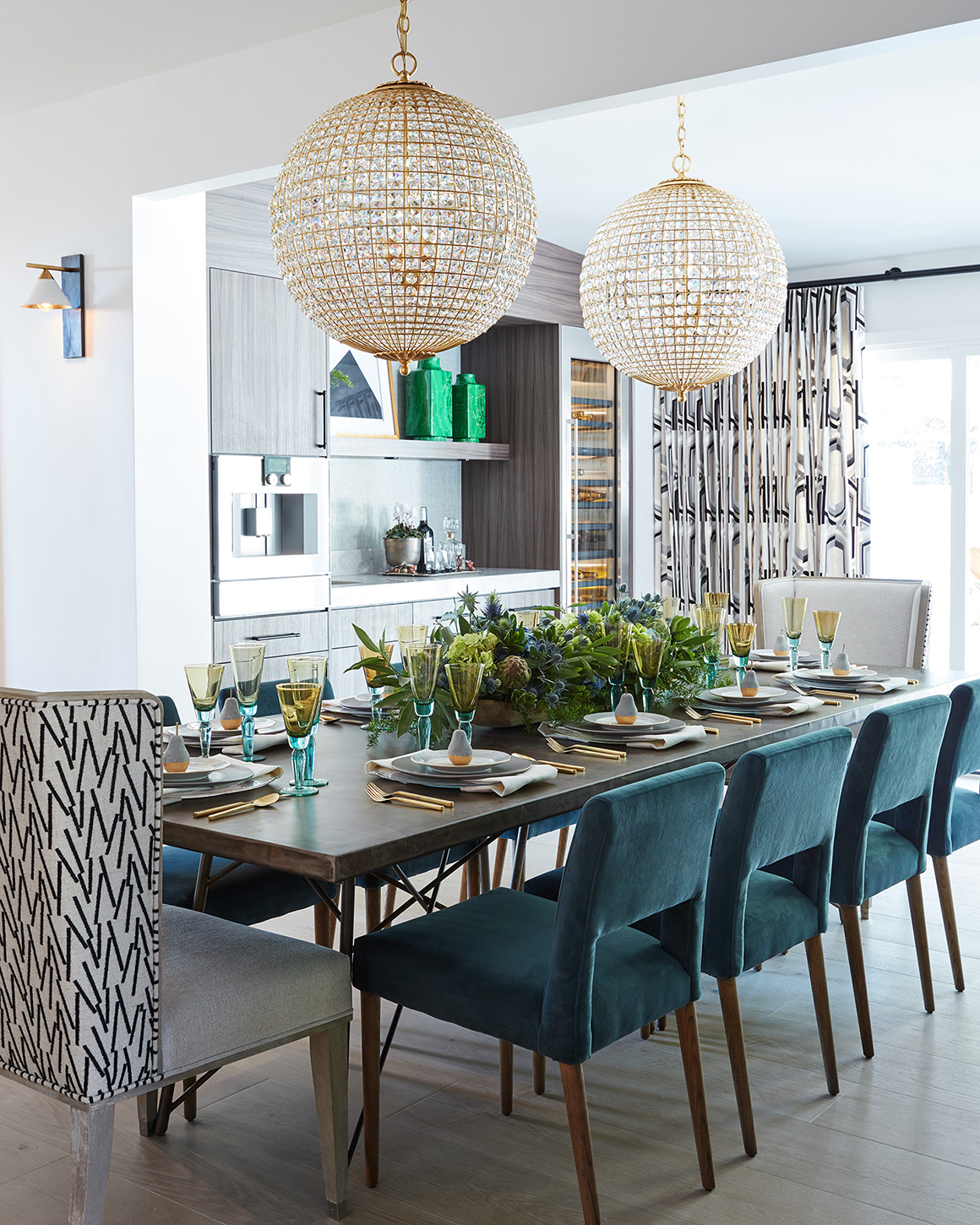 Kennedy said, "With a 'New York-meets-Napa Vibe', this sophisticated space will serve for both daily family meals and special occasions. The metal table is durable yet beautiful while the light fixtures add a touch of glamour." 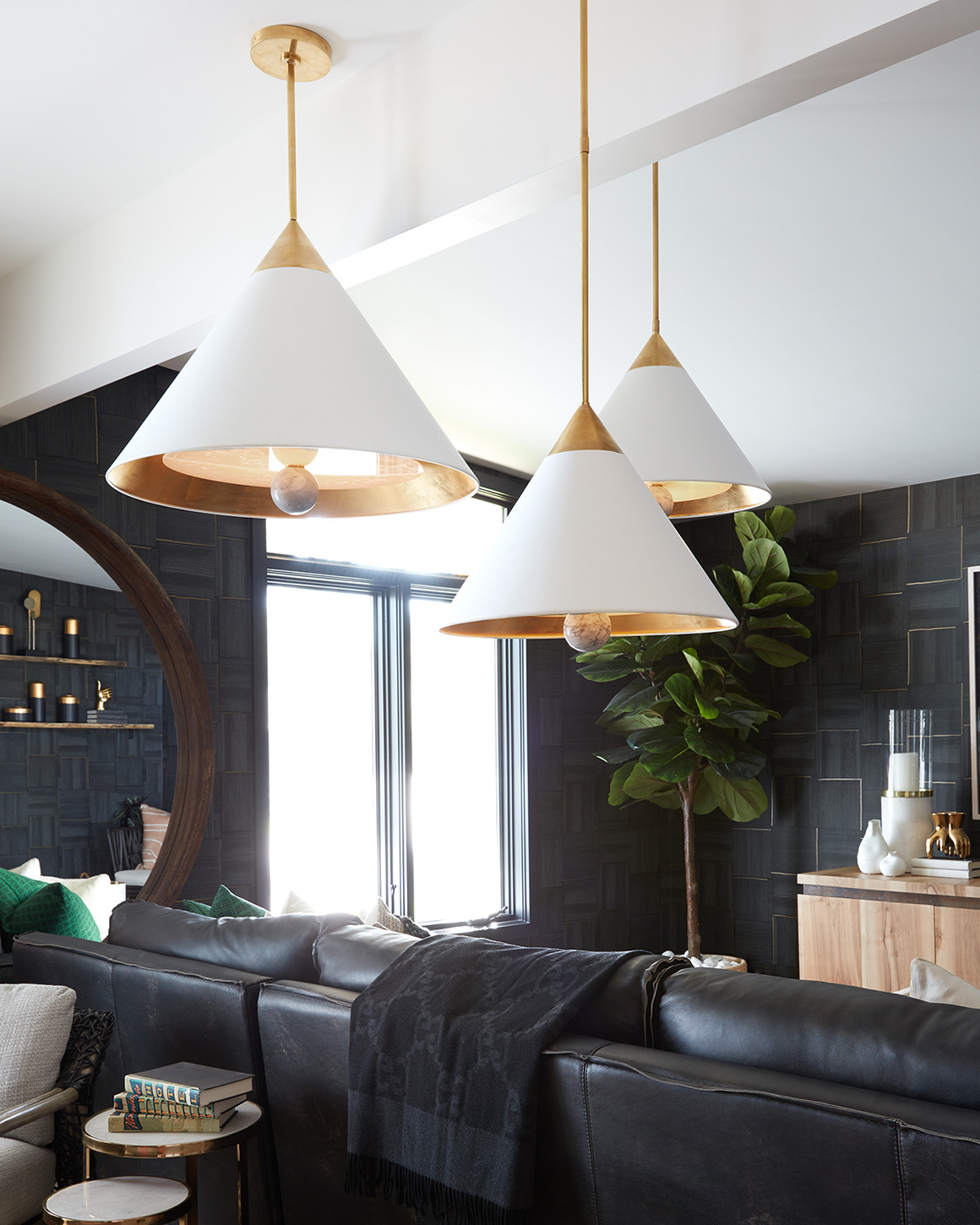 "Personally, I love a dark media room. Today’s large flat-screen TVs look much less looming when silhouetted against a darker wall than a lighter one, and it makes nighttime viewing easier on the eyes," said Kennedy. 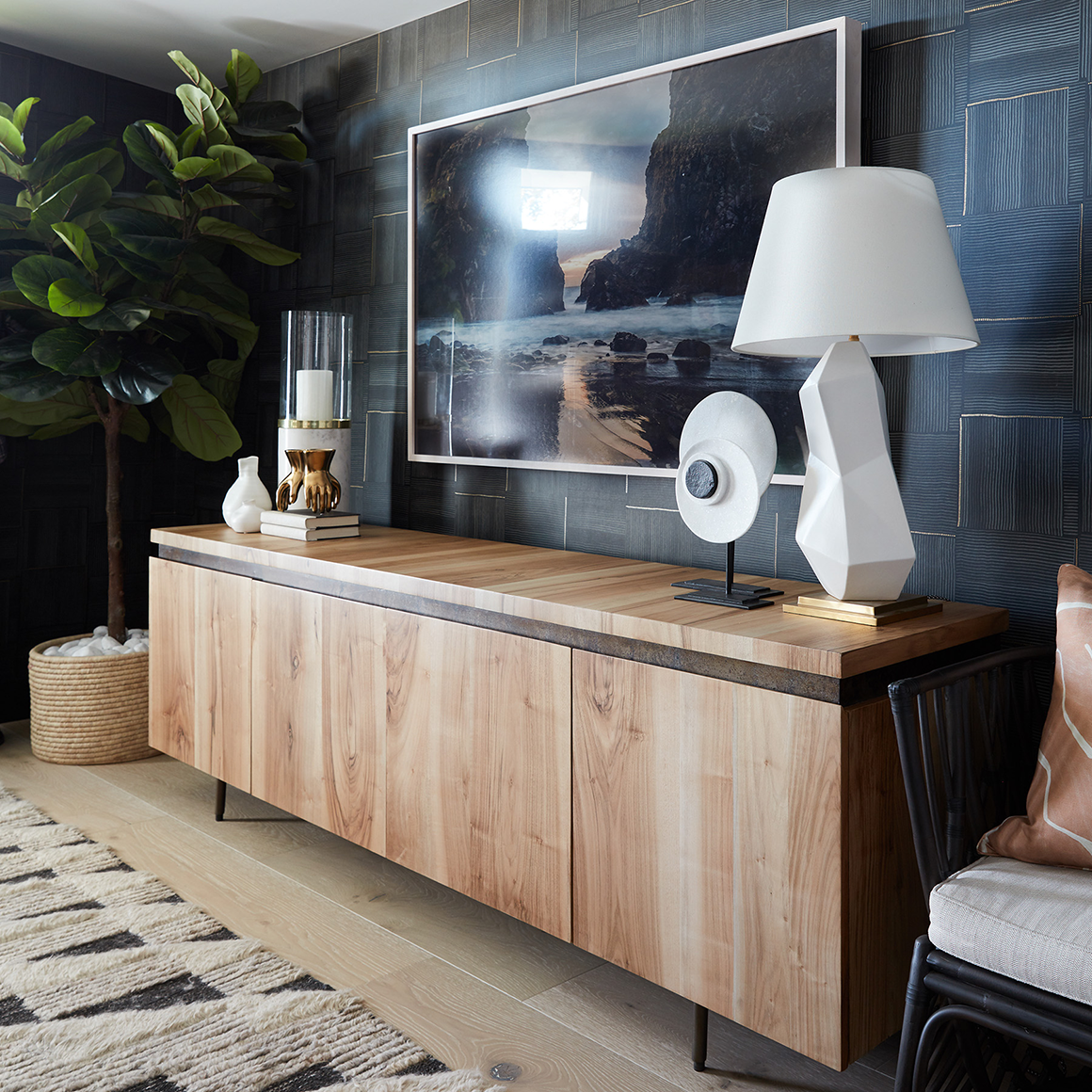 Kennedy told Aspire Design and Home, "Natasha wanted to create a space the family would use daily, but could also be the perfect venue for hosting an Oscar viewing, or Superbowl party.” 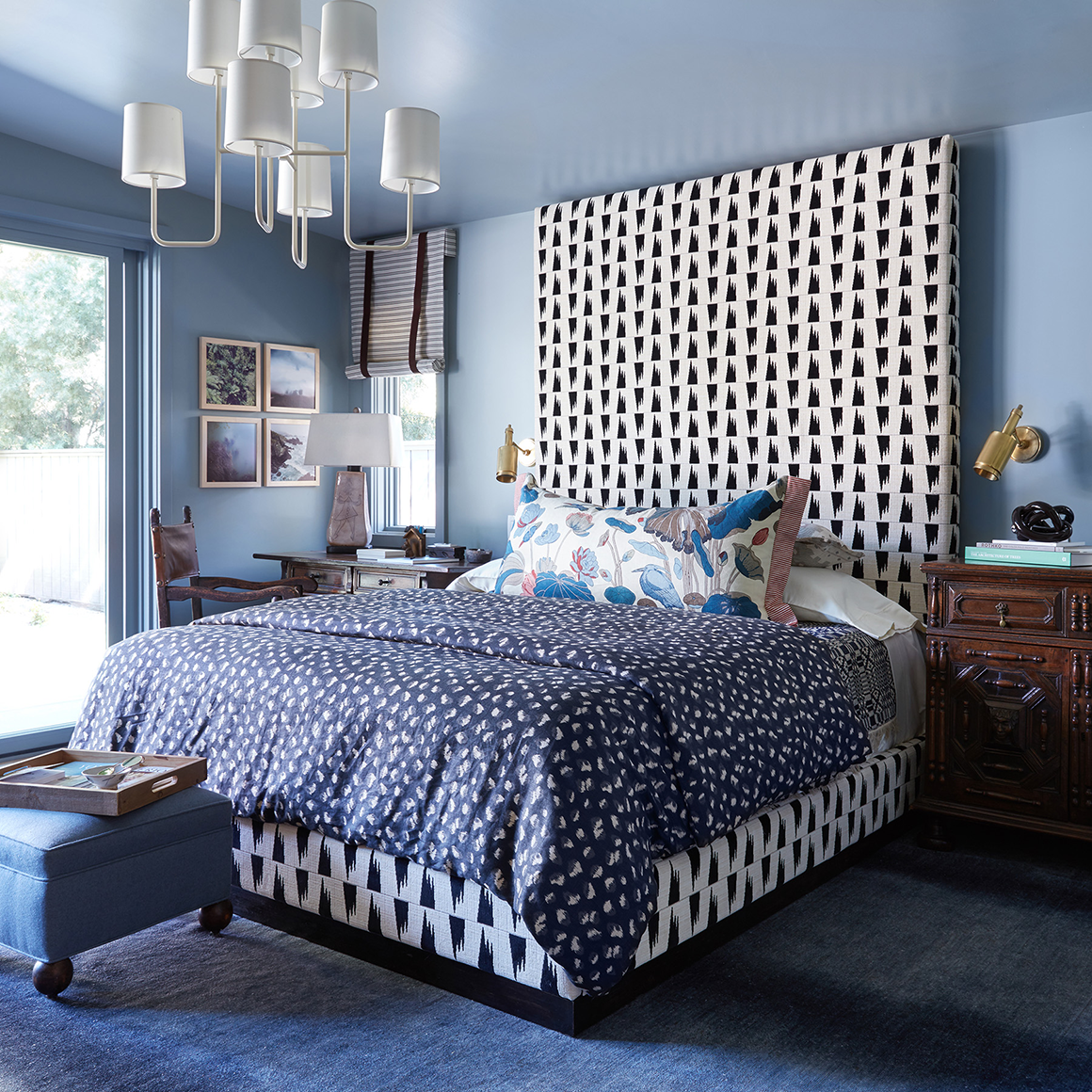 "Inspired by the one and only Diane Keaton — I played with her love of black and white, high contrast, and pattern then attempted introducing COLOR and fun pattern into her world! The outcome in person is soothing and serene, even with all that punch of pattern and texture," said Macfee. 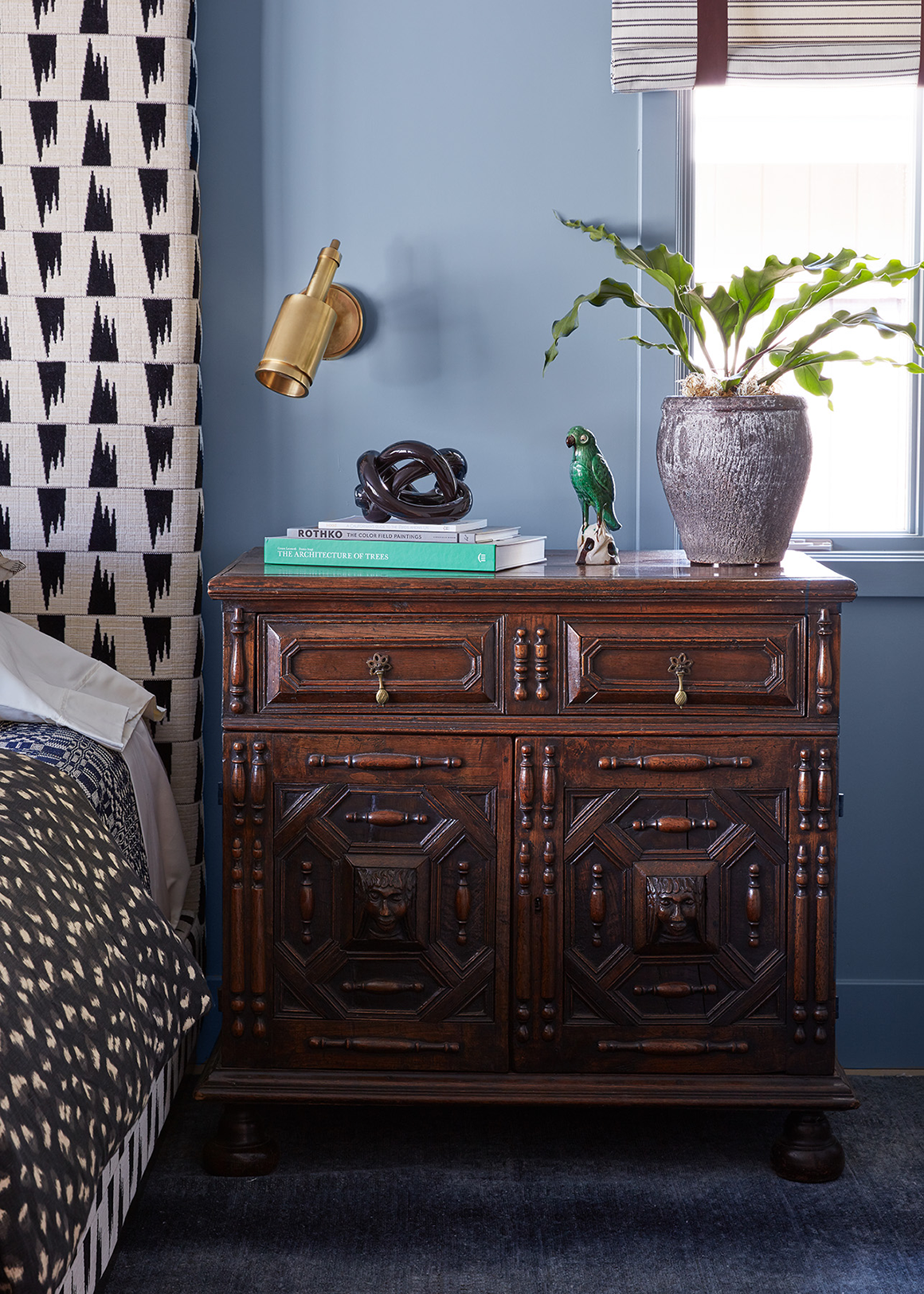 Macfee said, "The mix of old and new will never go out of style. New elements freshen old pieces and antiques bring character and soul to the new. This late 17th century oak cupboard has seen a lot in its time and I am honored to have it join my weird little world in this Master Bedroom space." 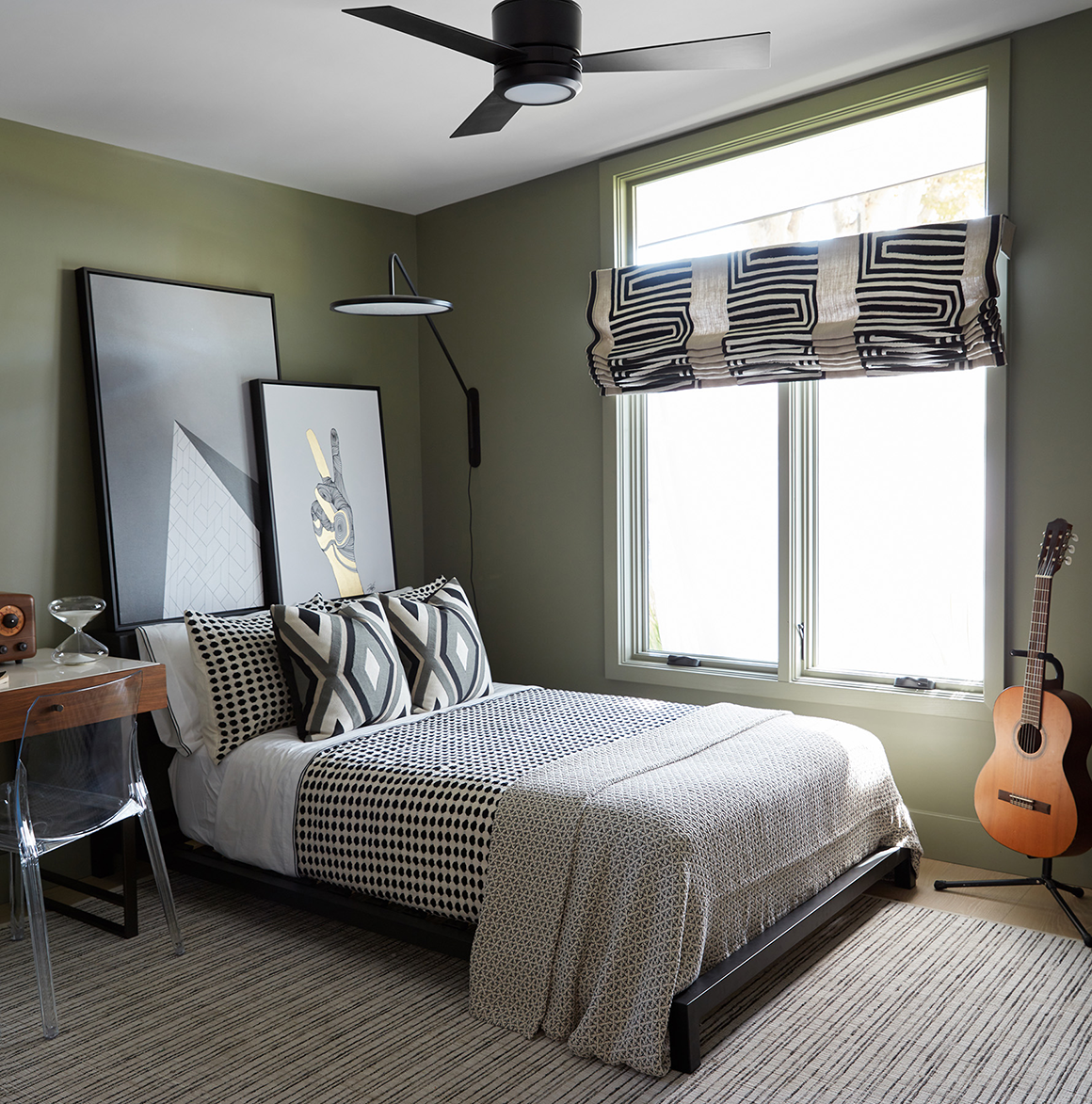 “The directive here was simple: Create a visually interesting space that is practical and private enough to allow a newly-enrolled college student to feel like an adult. Although a masculine room, a touch of gold and bronze here and there, adds style without over-designing the space,” Kelli Ellis told Aspire Design and Home.

To view more inspiration behind the home, visit aspiremetro.com!